I’m Yakier, the animator who’s working on “The Splitting: Chapter 3” for the past couple months.

Recently I’ve been working on a new animation for the adorable cat who lives at the asylum.

The original running loop is cute and minimalistic, it fits well with the rest of the motion in chapter 2 –

However, as the cat is tasked with additional roles in the upcoming chapter, his animation needed to be more lively and dynamic. I turned it into this –

This is the final result –

After studying references (basically watching cat videos for a while), I realised the original sprite had done most of the work – the leg motion already matched that of a real cat on the run.

The main thing I had to do was to add weight – make it seem like the cat is pushing himself up and forward with each step. I achieved it by simply taking each frame and splitting the picture into 2 segments, then shifting their position a pixel or two at the time, to match the motion the legs dictated.

I treated the head as a segment of its own and used it to enhance the natural wave motion that cats are creating in their run. Technically speaking, The head is the first segment to rise (by a single pixel) when the hind legs kick, this creates an offset in the animation that leads the entire wave motion.

The tail was actually the only thing drawn from scratch. It was drawn by hand at the end of the process – being a reaction to the body’s motion, a very essential flair in animation.

Still only 5 frames long, a few minor adjustments can breath a few extra lives into the cat.

When the cat runs upwards and downwards is where things get trickier, but that may be the subject to another post.

Thank you all for reading!

A little update from our production of The Splitting: Chapter 3 –

For the past two months we’ve been working from home, due to the CoronaVirus threat. Apart from the stress of the entire situation, working from home was even fun at first, but after a few weeks we started missing the world outside.

Recently the situation here started to show some improvement, and some of the restrictions became looser. We can now go to work in a limited capacity, so we decided to start getting out of the house. We went back to working from a co-working space for game developers, and we’re feeling much more productive.

I (Stav) have made some real progress in the development of the plot and puzzles for this chapter, and it is almost done. I have also implemented a lot of content into the game, and made some new graphics, with only a few more rooms left to design.

Yakier has made some amazing new animations, which most of them I consider to be spoilers so I will post only one of them.

We plan on having a meeting in a few days, in order to determine an approximate release date for the chapter. A formal release date will be soon to follow.

Here are some new art and animations.

Well, this is it for now. Hope to post another update real soon.

I know it’s been too long since I last updated. I will start updating more frequently from now on.

First of all, These are scary times, and I hope you all stay safe and well.

Secondly – an update on the state of the 3rd chapter. Yes, it’s been too long since I have started working on it, there had been some setbacks, but in the past few months I’m working pretty intensively on it, and I am quite optimistic. I really hope that in a few weeks we’ll have a release date, and maybe in a few months the chapter will be ready.

So, a few exciting updates:

We have a new member on our team – Yakier Bunker.

He is an artist and animator, and since he joined two weeks ago, he managed to add some awesome animations, but also to significantly raise my motivation. It had been very hard working alone on the game, with no one to share development with, and working in a team has really given life to this process. I have someone to consult with, get feedback from, and brag to when I solve serious bugs.

Also, I recently discovered that “The Splitting” has a page on TV Tropes!
It’s super exciting for me, to see someone took the time to play the game and analyse it, and put it into word. Plus, I discovered some tropes I didn’t know were in there 🙂

Lastly – some new graphics I’ve been working on lately –

I’ve been wanting to post more often, so here’s some new graphics for chapter 3 –

It’s been a long time since I have posted an update about the game. I have been working on it, on and off, for the past year, and I believe that I’m a few months away from finishing the 3rd chapter.

There have been several reasons for such a long delay.

Last year I’ve been working on building an engine with Unity, after the first two chapters were built with Flash. I had to learn how to work with Unity, which took some time. Also, I guess the engine didn’t make development that much simpler and faster like I thought it would when I made it.

The second reason was that It’s been a rough year for me, for personal family reasons. I’ve been kind of wrapped up in it, and lately have been trying to recover and invest myself in the game again.

As for the game itself, I have some update from the past year:

Here are some WIP graphics from the new chapter:

As for my plans for after chapter 3 comes out, I intend to create the first 2 chapters with Unity (the 2nd chapter is almost finished actually, so it won’t be too much work). After that I want to make an iPad version of the game.

Thank you for reading, 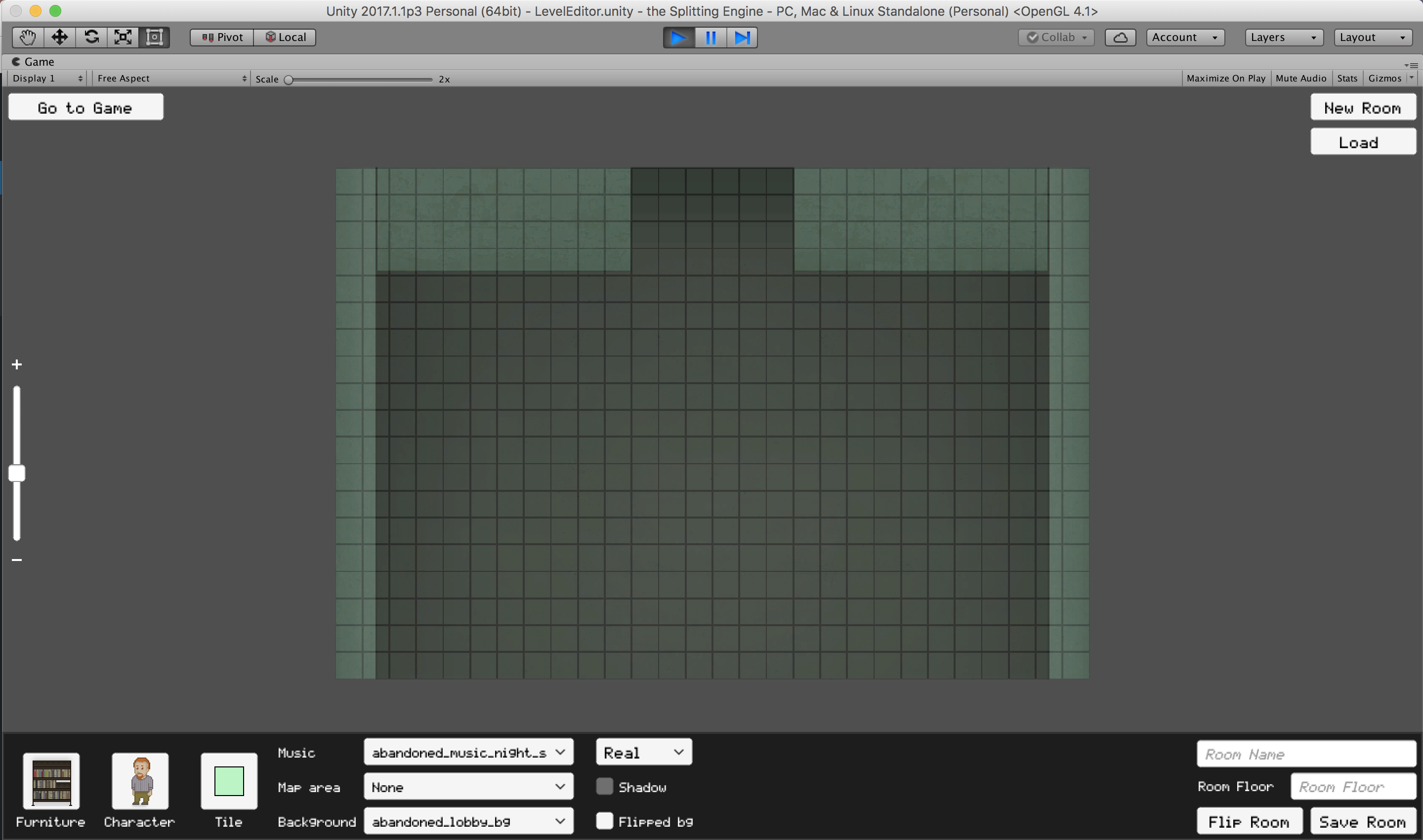 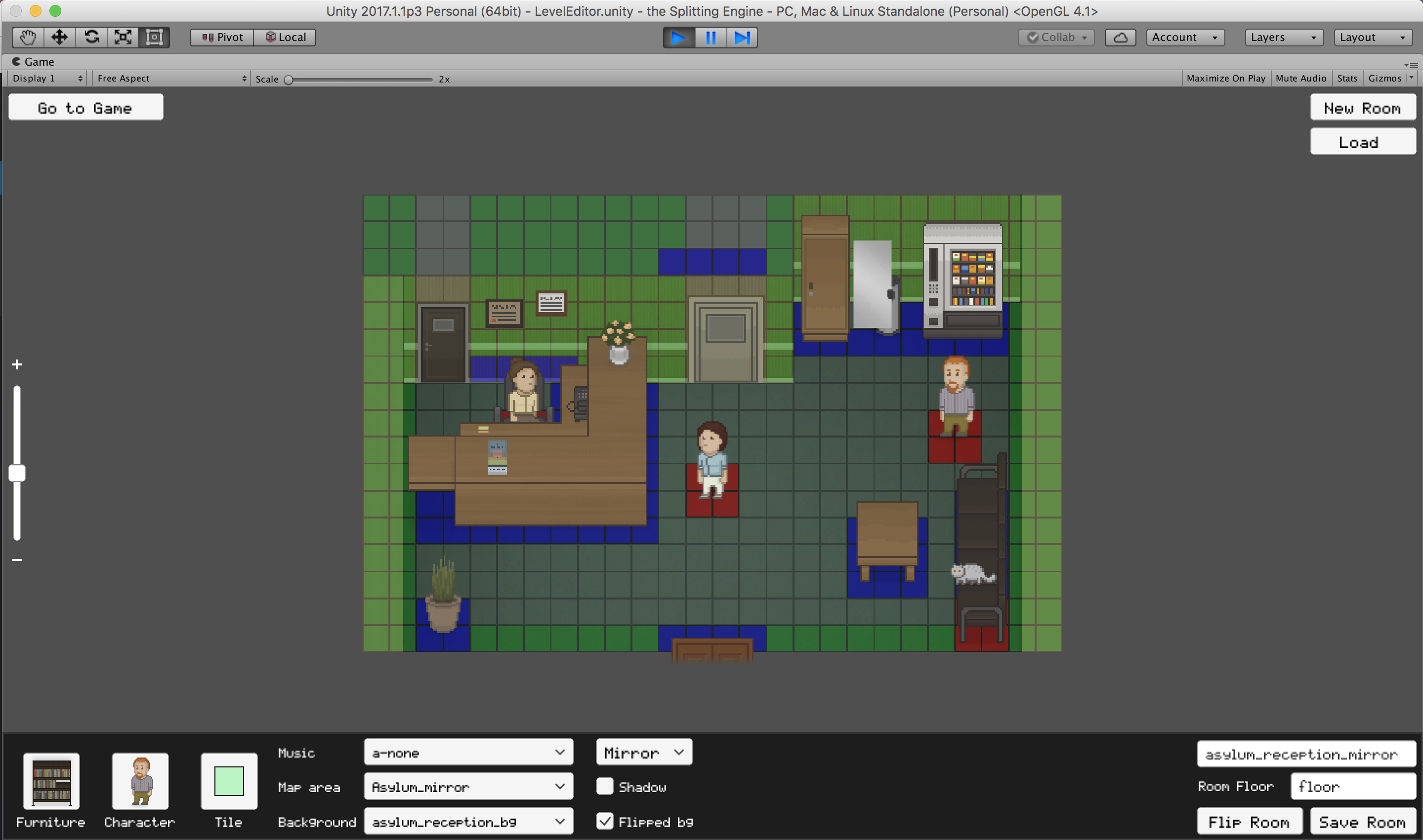 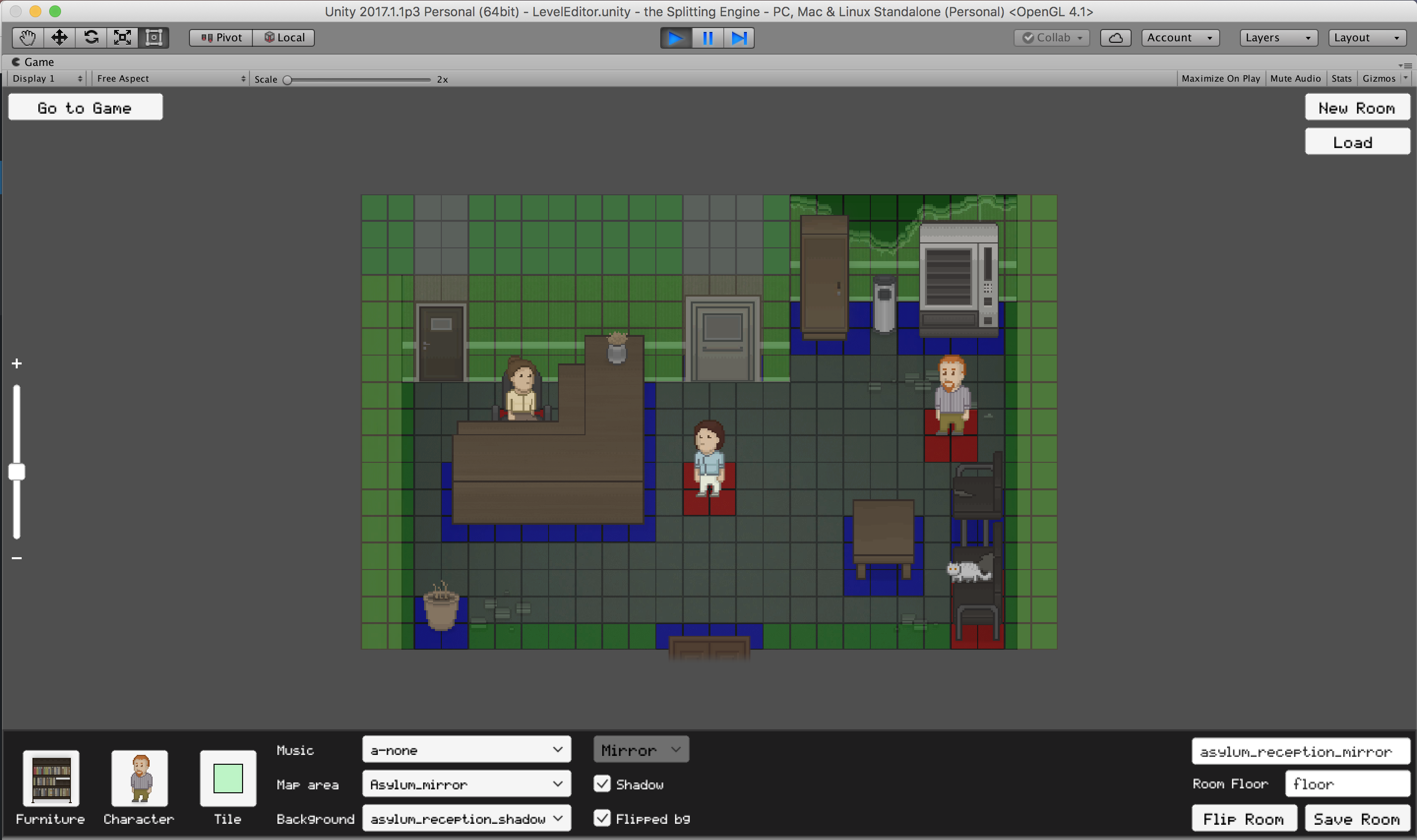 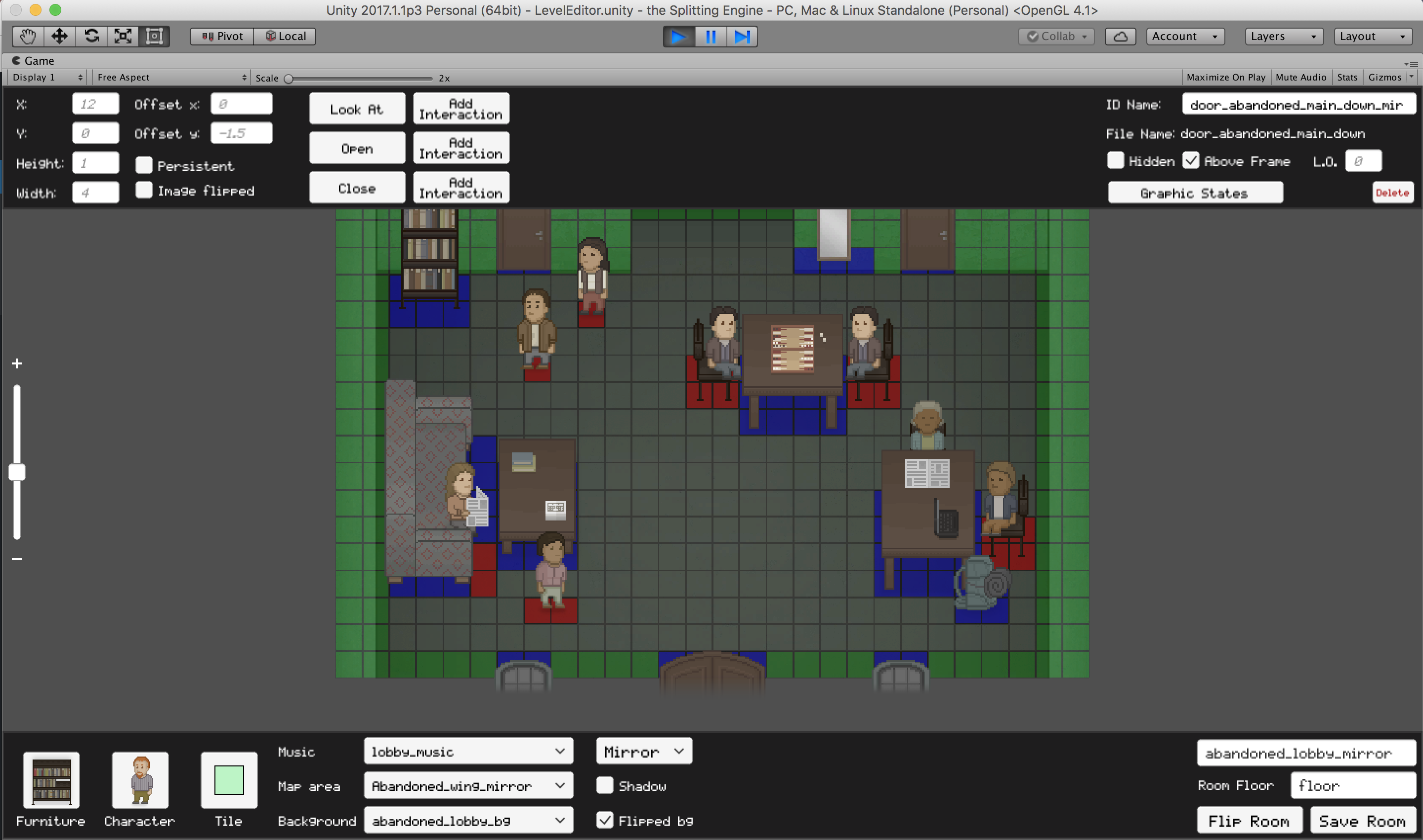 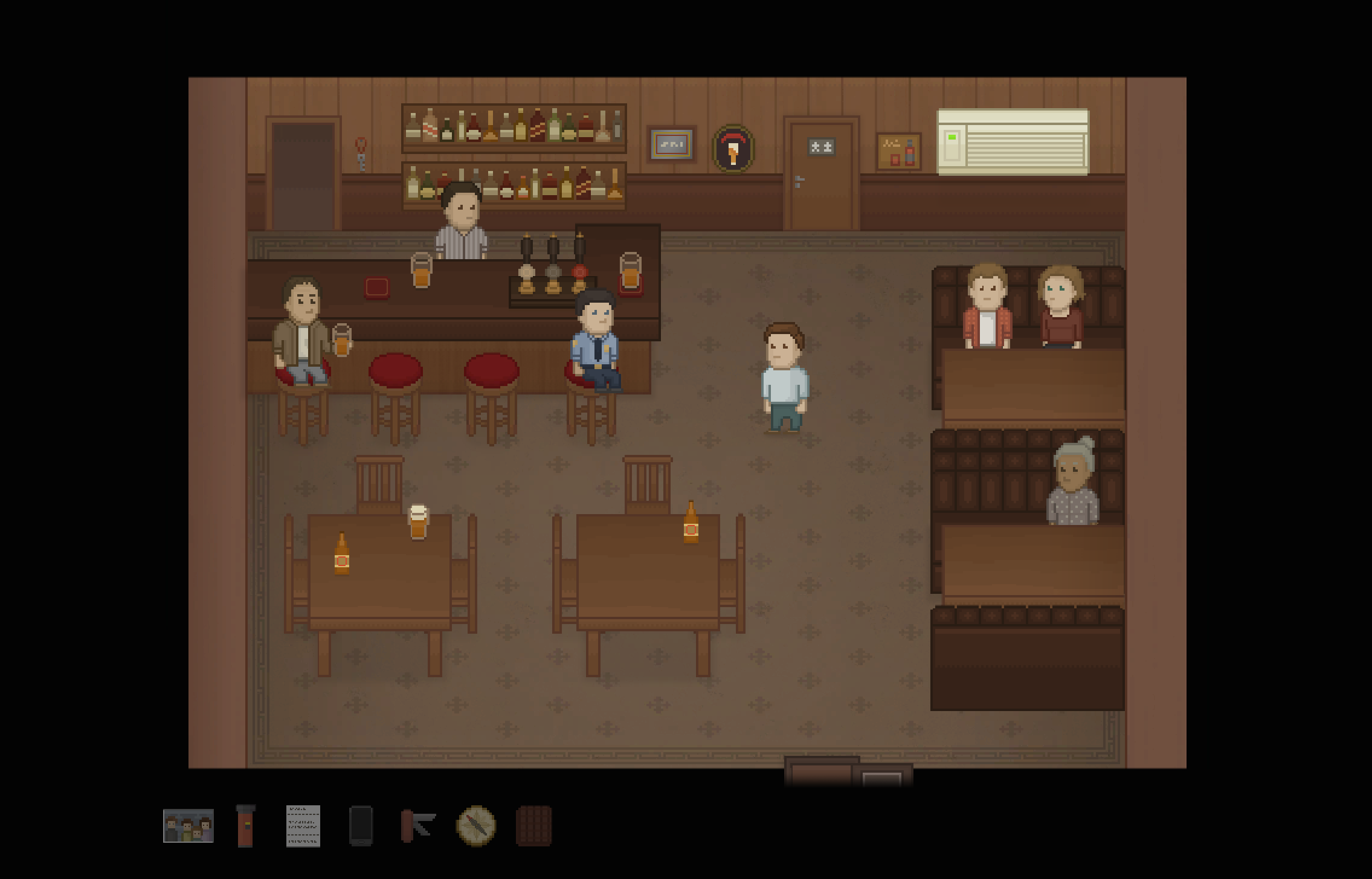